One of the studies in LITES that uses Exception From Informed Consent (EFIC) is called the Prehospital Airway Control Trial (PACT). Information about that study is below. For more information about EFIC, please click here.

Click here to complete a survey about the PACT trial.

Although both methods are currently used, we don’t know which is better. To test this, we will ask some prehospital providers to use whatever method they would normally use and other providers to try using the SGA first. We will then compare the two groups. Whether this study were being done or not, the injured person would still need help breathing and would likely receive one of these two methods anyway.

Both methods of airway help are considered standard care. ET tubes are used by many Emergency Medical Services (EMS) as their first choice. However, placing an ET tube is complicated and takes advanced skill. Studies have shown that a provider needs to put in 10 or more ET tubes to become good at it, and they need to do 5–12 per year to stay good at it. However, most providers put in fewer than two a year. In contrast, SGAs have been proven to need less practice, and they are much quicker to put in. They are also easier to use and don’t require the same equipment needed to put in an ET tube.

Here are pictures of an ET tube and three types of SGAs. 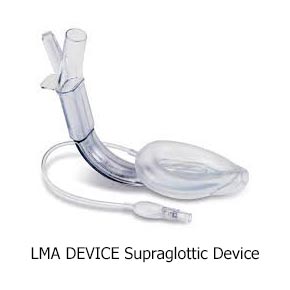 People who are included in studies like this one looking at emergency treatments are very sick and they cannot give us permission to include them in the study ahead of time. It is very important to help people to breathe right away when they need it. Because this is so time sensitive, we do not have time to ask family for permission before we include someone. We do tell the person or their family as soon as we can that they are in the study and give them a chance to decide if they want to keep participating.

Emergency studies like this one follow special rules and are reviewed by several groups of people to make sure that the study does not take advantage of very sick people and that the possible benefits to the person or to society outweigh the risks.

If you would like to talk to someone more about the study or if you have any questions, please complete the form below or email us at: PACTStudy@edc.pitt.edu